Hard and soft ways to react to our experiences and hold our bodies fascinate me. One of the ways that yoga has unbiddenly shaped me is to open my eyes to all the ways I’ve hardened my own body, mind and heart and so clear a path for their softening.

The last couple of weeks I’ve been listening to some sparklingly generous Yoga Teacher Teleseminars coordinated and hosted by Tal Rachleff. Several of the teachers have been influenced by a method of life coaching associated with The Handel Group. My takeaway from listening to these teachers is that the “Method” includes writing down our mental chatter (love this, and has roots in so many traditions – more on that in another post), stating our dreams in increasingly precise, positive, present sentences and crafting plans for realizing these states of affairs. One of the surprising and innovative strategies is deciding on effective, targeted, meaningful consequences for not executing on these plans. This consequence stuff really did shock me on first hearing, and so I’ve been turning it over in my mind. On first blush it seemed so harsh, and felt like my first Ashtanga teacher who was of the ‘pain is a sign you’re on the right path’ school. On second blush it seemed so elegant and logical. My mental chatter kept bouncing from these walls. Time to get writing.

The idea, again – as I understand it, is that after you’re clear about your desire, dream and goal you break it down into steps and then decide on an action you can take right now, and do it. Very cool structure because it allows infinite fine-tuning, tweaking and considered transformation. But this adds the sentence, “And if I don’t xyz, then I’ll ….”

And then I wondered: “If I don’t xyz, then why on earth would I …???” Right? Maybe I didn’t put it on my schedule and forgot. So then, what’s to remind me of the consequence? Maybe I avoided it because it brings up discomfiting emotions. Does the consequence have to be even more discomfiting? That sucks.

My commitment was to write down my mental chatter during my morning practice. The first morning, when I got up, there was no time left for my practice. As my mind twisted around to figure out how I was going to get my pedi in that day, it dawned on me that it was my chosen consequence to forgo it. Makes sense: no time for practice, no time for pedi. Cool, this is working. I felt grown up and responsible and very, very good. Odd for someone who missed practice this morning.

I totally forgot to write the second morning. I got there on the mat, I did my usual do, and phewt! Even though I’d gotten a special journal and put it next to the mat, I totally didn’t pick up the lovely turquoise pen. Not once. Shows me how much the chatter didn’t want to be written down!

And that’s when I realized the most important component of consequences for me. While I concocted consequences for my lapses of integrity, there was an essential component for them to work, and when it’s in place, the real consequences are natural. Awareness is both the cause and the effect, and because it’s a circular relationship, it is facilitated in the context of a modern, busy life by some kind of an accountability partner. Once awareness is achieved, the presence or absence of a monetary or treat or physical consequence may or not be valuable for other reasons (for instance, if you’re a parent, it can be a great teaching tool to create these agreements for yourself in the family to show the reality of consequences to our actions) the real transformation happens in the “Aha!” moment of realizing what you’ve done and cutting through your own bullshit. The consequence is missing out on the value of what you’d promised to do. The real consequence happens when you come to the end of practice and realize you’ve not written a single word, and yet the chatter was nearly deafening. The light that turns on, really stays on.

Always looking for softer ways of doing what was once hard for me – difficult, effort-full, will-full and imposed – this truly appeals to me. I’m still turning over the value of these concocted consequences, but am more convinced than ever of the value of writing our selves down. The consequences that matter most to me are the ones I don’t manufacture but are imposed by the structure of the activity itself: I really wanted the feeling of having gotten that practice. I’m deeply curious about what would have gotten spilled in my journal that morning had I had the extra ounce of awareness to put pen to paper. And I haven’t missed a practice since. I’m not sure I’ll ever get on a mat without pen and paper nearby again, this has been so fruitful. Now it’s time for my pedicure.

It’s that time of year again!

Where are you wandering this Summer? Share all the Love, Truth & Beauty you find by emailing me your photos and videos alignmentyoganm at gmail!

Here we are again. If you’re new to my blogging, that might not make sense yet. I’m not claiming any sort of karmic or dharmic deja-anything. This was my first blog that’s still up and running, and now they’re all consolidated and unified here in one place, and I’ve come back home.

We started here as a fledgling way to share class plans, back when I was volunteering at the Senior Center – shout out to the North Valley crowd! I migrated to yogaeveryday.wordpress.com when I thought I was getting more ‘expert’ – whatever that meant. And I migrated again to alignmentyoganm.wordpress.com when I got ‘professional.’

Well, I’m bringing it all back home because I’m claiming what I’ve been and what yoga’s been to me all along: Love, Truth and Beauty. We’ll talk more about all that in blogs to come. For now, Welcome. I’d love to hear your take: What does the phrase “Love, Truth, Beauty: Here, Now” mean to you? It’s big, isn’t it? And it’s immediate. And it’s complete. In all its glorious imperfection. 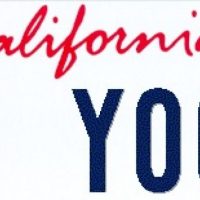 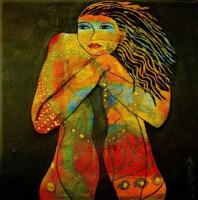