I can’t count how many times I’ve uttered the phrase “lift your pelvic floor…,” Usually right before “navel to your spine….” All in an effort to protect the low back, cultivate core engagement and awareness of the pelvic floor.

I can count how many times people have made it happen. Less than 100, I’d say, and that’s over nearly a decade of teaching. How can I tell? Well, when you engage the eight muscles intertwined into figure “8” patterns that traverse the lower portion of the pelvic bowl and hold all your stuff up, it really does transform not only your posture, but your attitude, awareness and emotional state. It’s totally obvious when someone goes from lack of engagement to even partial engagement in this area.

So imagine my surprise when I give the instruction in an EMT Basic/Intermediate  Refresher class and Voila! like a kind of magic you dream of as a yoga teacher, a wide range of people – young & old, skinny & obese, fit and unfit, people who’ve taken yoga and people who wouldn’t show up in a yoga studio if their lives depended on it (they might, BTdubs) – everyone… lifted their pelvic floor! Like magic laced with tequila and frozen into a pop. Magic.

So let’s back up. What’s the pelvic floor, why were these people lifting it and what was I doing teaching at an EMT Refresher?? Fair questions, all. I’ll try to brief:

Most people walking around – even EMT and yogi people – have no idea of where or what an ischial tuberosity might be. Even after being trained and going through anatomy, most people (providers of all levels and yoga teachers, too)  can’t locate it on their own bodies. What would you do if someone asked you to show off your ischial tuberosities? Slap them?
If you know that “ischial tuberosity” is the anatomical name for your “sitting bones” you’ll at least hit the ball park, but even then… physically locate them? No one has you do this in EMT school at any level, and very few yoga teachers bother. But EMTs are asked to use them as not only a landmark, but a stabilizing structure in the body. Yeah. Better know how to locate those suckers.
And so, the wide legged forward bend. Not a crazy one, not a deep one. Only a very well supported and minimal one, with crazy awesome form so the ischial tuberosities are pointed backwards enough to grab. Your own. No grabbing your neighbor’s. Feet wider than shoulders, feet turned ever so slightly in, locate your hip creases, think about pelvis rotating over femurs…. then, like a drill sergeant, not a yoga teacher, cause this ain’t no yoga class… Lift your pelvic floor! Navel to spine! Lift your heart! Good! Now tilt!
I had groups of 4 or less, so I was able to go around assure no low backs were rounding, that each one went only as far as their bodies could happily go, with lovely aligned spines. All the while marvelling… their form was nearly flawless! Now: find your ischial tuberosities! Go on! Grab it, poke it, find it, learn it, know it!
My husband and I discussed why this was so effective when most yogis don’t “get it” til they’ve been practicing for a year or often much more. I think it was the surprise, the not knowing they were doing yoga, the not over thinking, just being in the moment, slightly confused and wondering what this mad woman would have them do next. I think their superior knowledge of anatomy helped. I might just use my drill sergeant voice in yoga class next time.
Dear hubs thinks that it’s because in yoga class, everyone thinks they’re going to find out some super secret spiritual key: something somehow unexplainable. And yet they come so the yoga teacher can explain it and they can understand it… with their language using minds. The disconnect is easy to see when you put it that way, but he’s so right. People come to yoga classes in search of something more. More than zumba, than running or weight lifting or even martial arts.

Mostly we don’t have any idea where or how the more will come in. And we hardly ever think it might just be a deeper understanding of our anatomy, one that comes from experience and not from linguistically tagging and picturing in line drawings, one that we feel from the inside out.
These folks were all about learning and having a class that didn’t suck. They were ready to follow direction, and didn’t need it to be revelatory or woo woo or anything except what it was: learning and feeling and integrating and using it all to serve others and maybe along the way to take better care of ourselves. Huh. Sounds like yoga to me. 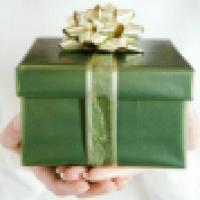